At Pirelli, racing provides with the greatest opportunities to reduce development times, a test bed for concepts, ideas and experience to be transferred directly to production tyres

At Pirelli, the industrial and technological growth is closely linked to the history of success in motorsports, which officially began in 1907. Since then, racing has been at the core of our technology and research, which focuses on the constant development of innovative solutions, and since the mid-20th century, motorsport has continued to increase in popularity throughout the world with the birth of the Formula 1 world championship in the 1950s, of the World Rally Championship in the 1960s, and a whole series of other championships that have featured Pirelli as a supplier of race tyres.

Pirelli’s commitment to racing has always enabled us to experiment with materials and technological innovations that can be quickly transferred to the production tyres. The advent of Cinturato radial technology followed by the arrival of our low-profile technology were both a result of the need to ensure ultra high performance for rally cars, i.e. the racing cars that are the most similar to the cars we use in our daily lives, both in winter and summer, in dry and wet conditions, in order to assure extreme handling, braking performances and comfort at the same time.
Road racing had been growing in both importance and visibility, and car manufacturers saw success in motor racing as a way to increase sales. With new cars being specifically designed for road racing, manufacturers also needed the best performance in their tires, and Pirelli engineers realised that this could be achieved by lowering the profile of the tyre’s shoulder rib. Thus the low-profile tyre was born. Having a lower shoulder compared to the width of the tyre resulted in a significant increase in grip in turns.
The invention of the low-profile tyre triggered a remarkable transfer of knowledge from racing to production tyres. It was in 1972 that Lancia made a move to dominate the world of rally racing with the revolutionary new Stratos, a mid-engine V6 saloon car “stolen” from the 250hp Ferrari Dino 246, a limited series of which was produced by Bertone in Grugliasco and made exclusively to tackle the challenges of road racing. The car was brilliant, light and agile, but able to perform to levels that no tyre at the time seemed able to keep pace with. It was Pirelli that took on this challenge and created a tyre suited to this new Italian race car. Thus the Pirelli P7 was born. This “super-low-profile” tyre, with its stiff shoulder rib and less drift, was able to overcome all the limitations of the other tyres available at that time, thereby enabling the Stratos to achieve speed entering and executing turns that traditional tyres were unable to handle.

Its race debut came at the Quattro Regioni Rally of 1974, when Sandro “Dragon” Munari took his up-and-coming Lancia Stratos to a brilliant victory. It was less than a year, in 1975, that a road version of the P7 Montecarlo race tyre was first used as original equipment on the new, powerful Porsche Carrera 911 Turbo production car, which is how Pirelli created the generation of high-performance, super-low-profile tyres. One year after that, the extreme super-sport Pirelli P7 was joined by the Pirelli P6, a tyre designed for the less extreme sports cars, so the super-low-profile tyres became a family that was destined to grow over time with the subsequent generations, the P6, P600 and P6000. This family of low-profile tyres has now found a natural heir in the Pirelli P Zero, a milestone in our range of summer tyres and selected as original equipment for the most powerful high-performance sports cars on the market. 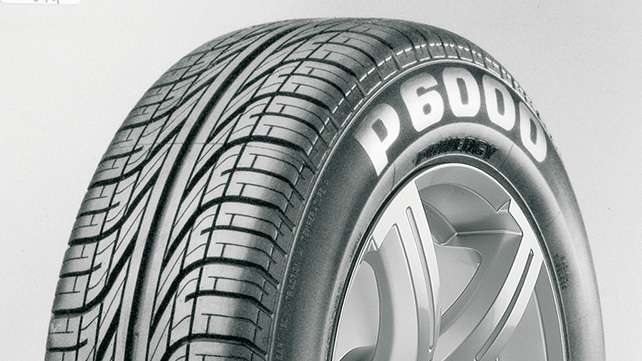 Pirelli’s experience in Formula 1 began back in the pioneering years of the 1960s and further evolved in the modern era of the 1980s and '90s before reaching the epitome of commitment to motorsports in 2011, the year in which Pirelli became the sole supplier for the F1 Circus. Formula One is the maximum expression of motor racing and has also become the greatest opportunity to reduce development times, because it the ideal test bed for concepts, ideas and experience to be transferred directly to the production tyres.
High-grip compounds subjected to thermal stress by 750+ hp engines and tyre structures pushed to the limit by the world’s best racing drivers are what make for a great racing tyre by providing an enormous wealth of data that can be transferred directly to the car tyres that we use on the road every day. What Pirelli achieves is a tyre that features incredibly ultra levels of technology, performance and control, and that are, first and foremost, able to ensure increasingly top standards of safety.
The experience in Formula 1 integrates with other methods of tyre testing to create a perfect synergy with Pirelli’s research and development unit. Indeed, the track is just the final testing ground for the development process that our tyres undergo. The tyres are first tested in the simulator, which exaggerates usage conditions at loads beyond what a race car is actually subjected to and with traction demands greater than those generated by a single-seater in curves and under acceleration. This simulation process has also been extended to all of production tyres and includes high-speed and maximum-load testing and a highly accurate analysis of how both carcass and compounds behave under extreme conditions. All of this testing is conducted both to achieve the highest performance levels possible and to constantly increase safety under all conditions.
The efficacy of this method can be seen in the constant increase in certifications and homologations that Pirelli has obtained with the most prestigious and demanding global vehicle manufacturers, who require tyres that have been specifically designed to bring out the performance and other features of their cars. Pirelli engineers design these tyres using the same materials and assembly and testing techniques adopted for Formula 1 tyres, thereby ensuring the utmost in both performance and safety.

life
Want More?
What car do you drive?

Set your car detail and discover the size range...