Home life From the Olympic Games
to engines: when one victory drives the next

There are people for whom the most important thing is to participate. And then there are others for whom winning is not everything, it's the only thing that matters. In relation to the first group, Baron Pierre de Coubertin, a French nobleman and inventor of the modern Olympic Games, is always summarily cited as the person to have said that "The important thing is not to win, but to take part". In reality, this phrase was in fact uttered by the Bishop of Pennsylvania on the eve of the 1908 Olympic Games in London, while De Coubertin had stated that "The most important thing in life is not to triumph, but to fight; it is not the win, but to have fought well". On the other side of the medal, Henry Red Sanders – football coach at the University of California in Los Angeles (UCLA) – would coin the saying "Winning is not everything, it's the only thing that counts". A saying which would later become the personal motto of legends like Vince Lombardi, who won five NFL championships with the Green Bay Packers, and Giampiero Boniperti, a flag bearer of the Juventus team both on the field and later from behind a desk. 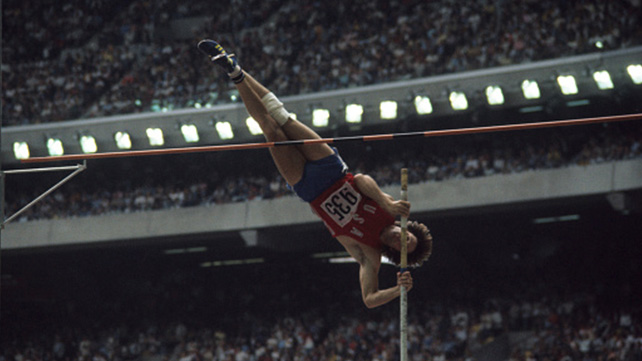 Usually athletes are happy (so to speak) to excel in a single sport, especially considering how much physical and nervous energy is required to get to the top. However, some are not content with having triumphed in only one discipline, so they set about training like mad men to excel in another. The most famous case is that of Jim Thorpe, winner of gold medals in the decathlon (he also set a world record) and in the pentathlon at the Olympic Games of 1912 in Stockholm, at which he also came fourth in the high jump event and seventh in long jump. As a declared professional and therefore unable to compete in athletics, Thorpe got his own back by devoting himself to baseball and American football: with the oval ball he won four championships, and continued to play until he was forty-one, and in 1999, the Associated Press ranked him third in the ranking of the strongest sportsmen of the twentieth century behind Babe Ruth and Michael Jordan.
In terms of motorsports, one cannot beat the career of John Surtees, the only rider-driver to be crowned world champion in both the two and four-wheeled categories. Dubbed the Son of the Wind, between 1956 and 1960 Surtees won three titles in the 350 and four titles in the 500 categories with with Mv Agusta. One day, following the suggestion of his former colleague, Mike Hailwood, who had also passed from motorcycles to cars, Surtees was convinced to try an Aston Martin and a Vanwall on the track at Goodwood. His results were amazing, and the numerous contract offers that followed soon went to his head, pumping the idea of being able to create a unique enterprise: to become a world champion in both motorcycle and car racing. Signed by Enzo Ferrari in 1963, the Englishman would make part of his dream a reality when he triumphed in the 1964 Formula 1® World Championship, beating Graham Hill by one point.

However, the story of the rally driver Nasser Al-Attiyah is even more remarkable. In what will be his sixth consecutive competitive Skeet shooting event, the Prince of Qatar will compete in the Skeet shooting category in Rio 2016. Having won a bronze medal after his sixth playoff shot at the 2012 Games in London, this well-deserved award followed his sixth place finish at the Games in Sydney 2000 and a fourth place in Athens 2004, a competition in which he vied against a Cuban and an America for a position on the podium, losing out only at the very end after the tenth playoff shot.
But even greater satisfactions awaited Al Attiyah as he also accumulated victories behind the wheel, winning the 2006 World Rally Championship Production (PWRC) in a Subaru Impreza STi fitted with Pirelli tyres, thus becoming the first Arab to win a world FIA title. Al Attiyah also boasted two victories in the 2014 and 2015 editions of the Dakar Rally, and in the same years managed to win the WRC2 titles (first with a Ford Fiesta RRC and then with the Skoda Fabia R5), both of which were fitted with Pirelli tyres.
On numerous occasions the Qatari has explained how the two sports, however different, help him to maintain his focus for long periods without falling victim to lapses in concentration, saying: "In skeet shooting, one not only has to focus on the plate but also on everything around you, while when I am driving, I try to scan every inch of the horizon so that I see every stone that comes up in front of me”.

In contrast, the Scottish track cycling legend Chris Hoy came to motor racing much later: after his conquest of six gold medals in three Olympic Games (starting with Athens 2004, up until London 2012) and eleven world titles (2002-2012) the baronet finally hung up his bike. Having been a car enthusiast since childhood, Hoy’s perspective changed when he attended a track day at Bedford Autodrome in 2008. Hyped by the experience, he bought a Caterham so he could drive the circuit in his spare time, and eventually, when he left cycling at the age 36, this passion would drive him to seek a new career in the world of engines. Having cut his teeth on a Nissan GT-R Nismo in the British GT Championship, Hoy started to win in 2015, emerging victorious from the Championship and three races in the European Le Mans with a Ginetta LMP3 motorized Nissan in the LMP3 class. This year, he made his debut at the 24 Hour race at Le Mans with a Ligier JS P2, finishing seventeenth, but despite his age (he is forty), there is still much room for improvement and there is no ruling out that one day he may take the medal for this famous French endurance race.

The American athlete, Bruce Jenner, who has undergone a gender transition and is now known as Caitlyn Jenner, has also been capable of a similar feat. Winning gold in the decathlon at the 1974 Olympic Games in Montreal, Bruce also improved on the world record, set by none other than himself, with an astounding 80-point margin. In the early eighties, he felt the need to get back into the game and began to race cars with a BMW M1, choosing the thrill of this sport over others as it did not require such specific physical preparation and his age (he was then 31) did not constitute an insurmountable handicap. Gradually his placings began improving: in 1985 he came in third in two GT races driving a Ford Mustang. The following year, again with the same car driven with Scott Pruett, he won the IMSA GTO class at the 12 Hour race in Sebring and the absolute title of the Portland 300 Km, and eleven years later, he would again reclaim the highest step of the podium.

In that instant, for the public he ceased to be a figure of the past with a great past behind him and a mediocre present – Jenner returned to being the best, winning back the spotlight that had accompanied him throughout the previous decade. As the 2006 Formula 1® World Champion Damon Hill claimed: "Victory is everything. The only ones who remember you when you come second are your wife and your dog". Forget about the Solitude of Prime Numbers, those who know this are those who come in second and third, and all who come in behind them.