November 1964: the rubber, with its infinite applications, is an extremely innovative material for that time. So was born the first Milan underground

Milan, November 1964. It was like a fairy tale come true: after seven years of building work the first section of the Milan underground system came into operation. 21 stops for a total of 11.8 kilometres, from Sesto Marelli to Lotto, in the area where the old exhibition were located. Pirelli’s contribution to the building of the underground was vital both in the creation of stations and the outfitting of the carriages. Rubber with its infinite number of applications was, alone or combined with metal, a highly innovative material at that time. Pirelli rubber was therefore called upon to solve numerous technical problems - electrical, acoustic, mechanical and construction. 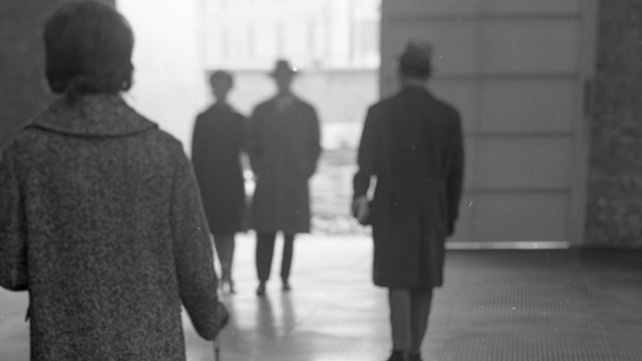 In particular the materials were supplied for the escalators, for the systems of air conditioning, heating and ventilation of the departure and arrival stations and waiting rooms and also the piping for drinking water and cooling system. The most famous materials supplied by the group in Bicocca unquestionably include the rubber blister flooring, the first case of use of rubber surfaces in all European underground systems and still today one of the solutions most used all over the world as non-slip flooring for public places, including underground stations. Strong, sound absorbent and economical. Pirelli also supplied mats for the carriages with plain or corduroy surface in black rubber, with high abrasion resistance. It is said that, in order to test the resistance of the new compound chosen, a sample was placed in front of the entrance for Pirelli factory workers. Not even the heels of women’s shoes could scratch it. After 50 years we can still walk over it in 18 of the 21 original stations of 1964.
There’s more. Comfortable upholstery was used in the carriages for the foam seats and coverings in vinyl resin leather. Shock absorbers in black rubber and rubber-metal, springs for the suspensions of the reducers, brakes, cross members and many other materials were also supplied.  All the materials were researched and produced with the dual purpose of obtaining maximum possible comfort for passengers and for eliminating noise towards the outside.
Bob Noorda, Dutch graphic artist and designer and for many years art director at Pirelli, was responsible for the design of the Milan underground signage (alongside the architects Albini and Helg and the engineer Ciribini). The functional simplicity of the design, awarded the Compasso d’Oro prize in 1964, became a benchmark for many other underground systems to the extent that Bob Noorda was later also assigned the design of the coordinated image of the underground systems of New York and São Paulo.
Years earlier, in 1959, a design project also involved the creation of underground carriages on tyres. The first prototype was presented at the Milan trade show in the same year, yet in 1960 the project was abandoned.
In the building of the new “red” line, an advanced engineering and industrial project, account had to be taken of all those structures which were already in the subsoil of the city, from piping to ducts and actual archaeological remains. Given the complexity of the project, from both the technical and the financial aspects, numerous other specialist firms took part in the operations, alongside the Società Metropolitana Milanese and Pirelli. The expertise of Italian industry was brought out in force on the new “red” line, which very soon became the main symbol of modernity of Milan. As a memory of this joint work numerous materials, including documents and photos, are kept at Fondazione Pirelli. Even today Pirelli has contributed, along with Orgoglio Brescia and Coldiretti, to the creation of the Albero della Vita or “Tree of Life”, the iconic symbol of the 2015 Milan Expo and further evidence of the capacity of institutions and companies to work together on a common development project.

A city for bikes