The changes in the music industry in an interview to the lead singer and a co-founder of Rolling Stones, Mick Jagger 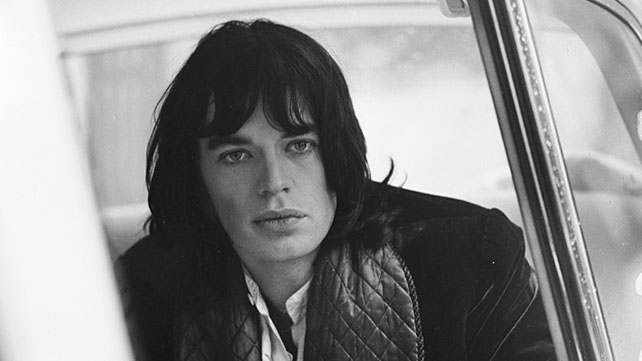 He's still a bad boy at 73, we presume it is no coincidence that Mick Jagger set his TV series Vinyl – a project he created and produced with his good friend Martin Scorsese – in the year 1973. And he doesn’t give a hint of slowing down. “There’s too much to do, too much to give, too much fun still to be enjoyed: when the fun is over, I’ll be over,” Jagger says during a satellite interview. He is in New York, we are in Los Angeles. His energy pierces the sky, flying over the airwaves: he still behaves like a youngster trying to make it big. He never uses authoritarian tones, he speaks directly and smiles a lot. In Vinyl Jagger tries to capture the rock and roll demi-monde of New York in the mid-70s. A fiction series filmed very much in the style of Godfellas or Casino (Scorsese himself directed the pilot episode), Vinyl is about drug addict and music entrepreneur Richie Finestra (Bobby Cannavale), founder of American Century Records, which he tries to save from bankruptcy by selling it to the German label Polygram. It’s a wild ride in the record business of those years, music, sure, but also a lot of drugs, sex, polyester and outright craziness, just before the advent of disco and hip-hop.

Jagger ponders epochal changes in the music industry, then and now. “It’s really hard to summarise all the changes, of course everything’s changed,” he says. “There’s the creative area of it and then there is the business part of it, and then there’s the technological part. Creativity is the same as 40 years ago, meaning either you have something new to say or are out of the game, everything else has mutated: technology has definitively entered into the equation.” Jagger also points out how music and movies are tracing parallel lines: “It’s like in the movies, which are done the same but they are not marketed the same, but that has nothing to do with the way you make the movie. You could say that making music shares a lot of similarities and people sit down with an instrument, with a guitar or a piano, and write a song. And that still goes on. But after that creative moment, everything is different nowadays.”

Jagger sees the competition between traditionally recorded music and synthesised music as a false problem: “See, there’s a lot of tradition and there’s a lot of music made like that, but then there’s a lot of music that is made completely electronically, with Garage Band or other software.” He concedes that “a lot of people from my age don’t like” the latter, but he isn’t one of them: “I kind of welcome all these things because they don’t replace creativity, they are just an addition to it. And I like electronic music, I like dance music and all kinds of mixtures of music. You can write something on the piano and just input that piece in a computer and make the sounds completely different, so we can make another kind of music with it.”

Jagger continues to make music with The Rolling Stones (as we write, despite their venerable age, the band is on tour in South America), but is not afraid of all the new tools in the recording booth that were not available to him when he was younger. “Today everybody can cut his or her own album with an R8, a laptop and some mixing software, and sell it on Spotify or iTunes. You don’t even need to print copies, although, I still love vinyl, the feel, the scratch, the smell of it. Many music purists still love vinyl, we still print copies of our albums on vinyl, and it looks like there’s a resurgence. The old turntable is coming back! I love it. It makes me think of Quentin Tarantino, a film purist in his own way, and the way he shot his last movie, The Hateful Eight, in Panavision 75mm, and how he insisted on showing the film in approximatively 100 theatres in the U.S. with film projectors that don’t exist anymore, so they had to re-furbish the projection rooms with big old machines! I love this kind of passion for tradition amidst the whirlwind of innovations.”

Recording tools are really changing the game, and as Jagger says: “Today there are more tools in a small suburban bedroom than we had in a big studio like Abbey Road 50 years ago! There are no more analogical recording devices, and ever less tactile stuff to play with and print on. Just like the movie industry where we don’t shoot on film anymore (besides Tarantino!), digital makes filming, like recording, different. It makes the colours, or sounds, different, the editing process different, and so on. Now we have new tools that are very similar in both the film and recording world. The advent of digital technology and computerised technology no doubt allows for a democratisation of the distribution process: anybody can put his own stuff on the market. Only one problem still remains: will people listen to it?”

There is also the problem of copyrighting in this ever-changing industry, says Jagger. “The exploitation of artists and dishonest dealings have always been there, since the time of Greek tragedies or Shakespeare. In Vinyl we talk about this issue. You would say ‘Oh, you get a 3 percent royalty,’ but then when you saw the royalty cheques there were so many deductions that you got almost nothing. It happened to us too. Even if you had a big hit record, you got no money. And this didn’t change until the ‘70s, because the album sales were so high as opposed to the single sales that people realised that they was earning a lot of money and musicians started asking for real money and began to cut down on an excessive exploitation.”

But things are even more tricky today, with the advent of illegal downloading. “That sort of ended my theory about the exploitation of copyright!” says Jagger bursting in laughter. “If I was looking at the financial end of the record business, there was this golden era that lasted from 1970 to 1995, when people got paid well. After that, it was all over. So we had a twenty-year payment period out of a hundred years. Today being paid by Spotify is really tough, and the accounting is really complex.”As we mentioned, Jagger is touring again and The Rolling Stones are about to publish a remix of their old album Sticky Fingers, including a track remake with Eric Clapton.

He says that the secret of The Stones’ longevity lies in their reliance on live performances. “If we had to hinge our success only on record sales we wouldn’t be doing so well today,” Jagger says. “But we were, are and will be a ‘live’ band, a performing band, a touring band, until we drop dead! To me performing live is the best substitute for sex... and that’s why digital technology doesn’t feel like a threat to live performance. Actually this is where I love and totally embrace digital, when it enhances my voice and all my moves.”