Interview with Fabio Novembre, one of the most brilliant designers and architects in Italy, Pirelli’s guest at the Monza grand prix

Home life Design - between tradition and the future

Fabio Novembre is one of the brightest and most creative personalities in Italian design. A versatile artist capable of surprising the observer with evocative works and a strong visual impact. A designer of international renown, boasting collaborations with global brands in an illustrious career spanning more than twenty years. His work transcends the canons of traditional aesthetics, always placing man with all his corporeality right at the centre. For Fabio Novembre, a good designer must first be a good person. In the future, he dreams of designing a skyscraper with human features: "A person with raised arm trying to touch the sky." He has two daughters named Verde and Celeste (literally: Green and Heavenly Blue), but when asked what his favourite colour is, he always says: the rainbow. 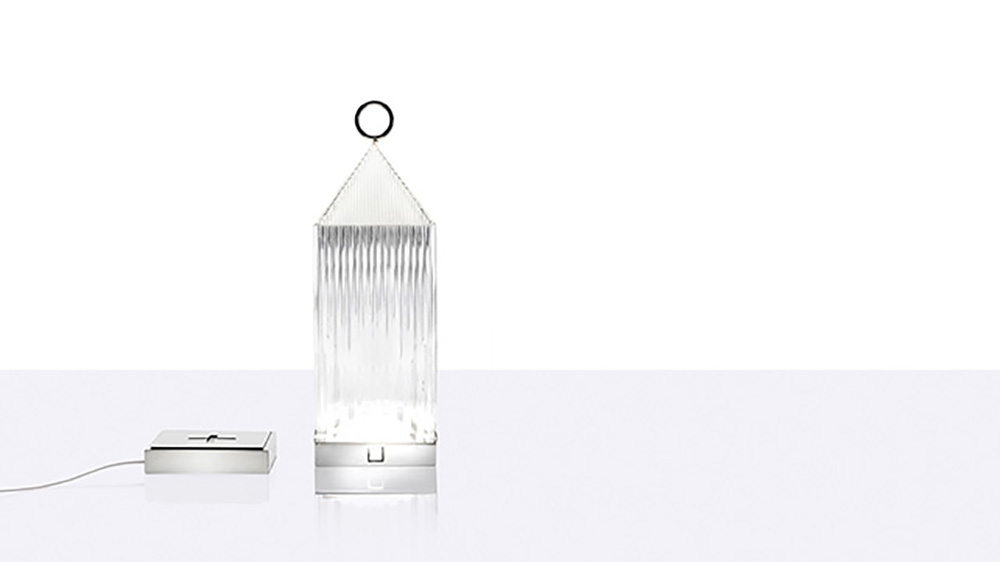 Your architecture has always been characterised by strong expressiveness. What aesthetic inspires you for your work?
"The 'strong expressiveness' you are referring to is simply the result of a keen desire to express oneself, which means brings together the people working in a creative sphere. The fact that today it is commonly understood as a maximalist gesture is little more than an error in interpretation. Also, on the subject aesthetic canons, the people that do our job are tasked with continually establishing these canons and constantly updating them with the idea of contemporaneity. We each have a duty to witness and hopefully inspire our time. Even in my case, with my strong reference to corporeity, which is a timeless subject".

In this day and age, we are constantly bombarded with images. In this sense, is design more a question or a response to our lifestyle?
"Design is a natural inclination of man, the only animal capable of modifying the conditions that surround it in its favour rather than adapting to them. But we have to admit that this particular condition often leads to us upsetting the equilibria on which we depend, more or less consciously hurting ourselves and our environment. I believe that life is above all a problem of alignment of priorities, and perhaps doing design is just that: establishing your own priorities. A good designer must first be a good person, so that his or her desire for transformation does not evolve into forms of abuse".

Among your most important work is the new Casa Milan building, a completely renovated interactive space. From the point of view of the designer, how do we maintain a balance between tradition and the future of a brand? How difficult is it to innovate a symbol without sacrificing its history?
"My approach the project actually consisted of finding the balance between tradition and the future, both in architecture and in design. In this case it was very easy because AC Milan has a long history that has really enabled us to choose the most functional themes to create a new imagery adapted to the contemporary. Today AC Milan, as well as having a functional and highly recognisable headquarters, has a whole series of representative icons to use and apply in all areas. It can be said that the club today, thanks to the work done together, possesses a new architectural and communicative alphabet".

The automotive world has always been associated with design. From the tyres to the designs of the cars - all this can become art and be redesigned in a new key. Is there any aspect in particular that excites you in this area?
"The term automobile was coined to emphasise the advent of advanced forms of individual mobility. I believe that design should always be at the service of the community, and the aspects that attract me most about the automobile are the forms of mass transit. Recently, my firm was involved in the development of Hyperloop, a bullet train that reaches 1300 kilometres per hour".

The Novembre firm is one of the Lamborghini Road Monument partners, which is an international competition for young architects involving the construction of two installations inspired by the famous brand from the carmaker. As part of the adjudication team, is there anything that amazes you in particular? What catches the attention of Fabio Novembre?
"My attention is always ready to be captured! The competition was only one of the first steps that we have taken with Lamborghini, who have initiated some wonderful projects. Our journey with the carmaker is continuing towards new horizons in the area of architecture. We are confident that we can also create a highly evocative architectural imagination for them".

What is your relationship with speed and the concept of speed?
"I like to associate the idea of speed with the readiness of the reflex. An appropriate dose of action and reaction. Speed, in the abstract, is an empty concept. Anyway, when forced to make longer strides, you always end up really stretching your legs".

The concept of performance is extremely important in the world of motorsport. What parallels can be drawn with the world of design and architecture? When and how can a project be defined as high-performance?
"I like to tell stories, and in the spaces I create, these stories come to life. The audience is an essential component of my projects. I am convinced that my spaces offer the chance to be actors without having to attend any auditions".

In your biography, it says “since 1966 I have responded to people who call me Fabio Novembre. Since 1992 I have also responded to those who call me 'architect'”. In a twenty-five year career, what has changed most from Fabio Novembre as a man and Fabio Novembre as an architect?
"Today I am 50 years old and being this age has helped me notice a growth. And this growth is the time of architecture, the comparison with the large-scale. I've always tried to do architecture with design and the interiors: just think of the 100 piazze (100 squares) trays for Driade or the Triennale Design Museum refitting project. Now I want to move to the large scale. Casa Milan was definitely the largest work so far, a new city icon with man right at the centre. We also joined forces with Arup Italia to participate in a competition to redesign the Old City of Taranto and received a commendation. And then there's utopia, that has always inspired Italian architecture. As the end of my latest monograph published by Electa says, I'd like to build a skyscraper with human features, a man with raised arm trying to touch the sky. Well, isn't this the dream of every child"?