What happened to Summer Whispers, the Pirelli HangarBicocca festival that saw musicians have a dialogue with the works of Rosa Barba

The works of Rosa Barba communicate through music: Summer Whispers, a music festival that took place on July 6 and 7 at the Pirelli HangarBicocca. The project was produced directly by the artist as a logical extension of the ‘From Source to Poem to Rhythm to Reader’ exhibition, which runs until October 8. 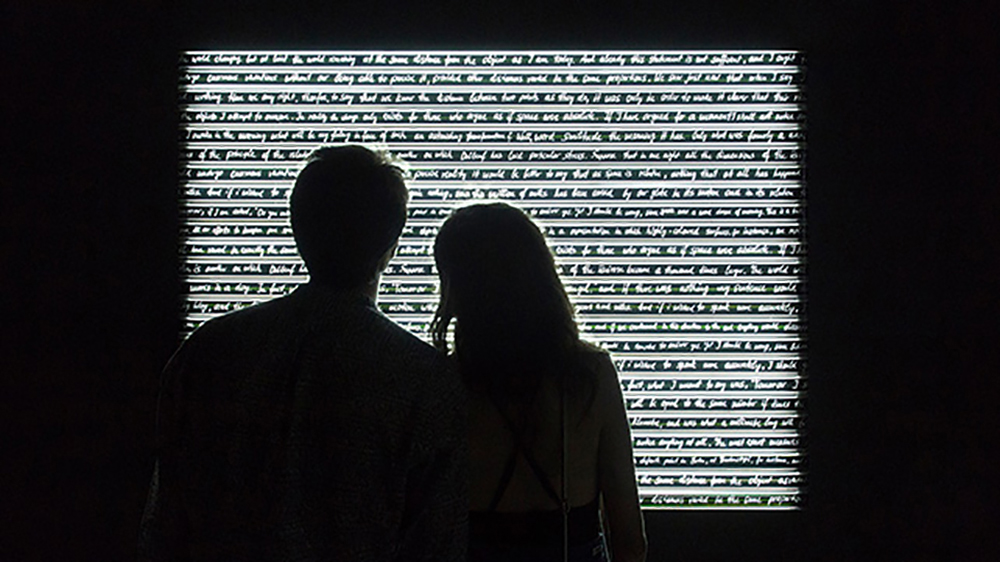 The Pirelli HangarBicocca, left deliberately dark, becomes the stage for a new installation, illuminated solely by flashing images from Rosa Barba’s films: a new rhythm with which to present this opera to spectators, paraphrasing the title of the exhibition. Chad Taylor’s aggressive drums contrast with the singing of David Michael DiGregorio. Then there are the rock vocals of Laetitia Sadler, and the work of Jan St Werner and Mouse on Mars, a band that the artist has worked with since her early professional days. It was her early period as a video artist that gives us a clue as to how she got to today’s music festival. “I started with music videos, and my interest in music has always been a natural extension of my work”, says Rosa Barba during a break between performances. “I was a video arts student, and it was the early years of this century. The time frames in the music world were very different to those of today. The music world left us completely free to experiment, and we were able to create real works of art around songs. It’s thanks to those early works that I became a filmmaker myself: they were a good training workout, and I learnt a lot from doing them”. Summer Whispers appears to be a natural evolution of her poetic expression, with cinematic images firmly linked to the sound aspect. “I was invited by Pirelli HangarBicocca to put together this music festival, an entirely new hub concept, and I accepted the proposal with great pleasure. I thought about my work done with musicians over the years, and their many contributions to my films. That’s how I got to the fusion of my videos on display at Pirelli HangarBicocca and their sounds. Some were already present in the exhibition: Laetitia did a voiceover in the film Subconscious Society, a Feature. Other names come directly from my own past experience: David and I studied together at the Rijksakademie of Amsterdam, where I discovered his world, and immediately loved his ability to ‘perform’ life, and his work blended in perfectly with mine. Everything came together quite naturally”. The works of Rosa Barba already contain a strong mix of sounds taken from the real world as well as music created specifically for film. “In The Empirical Effect, set on the slopes of Vesuvius amongst the people who decided to remain as inhabitants following the last earthquake, this juxtaposition is very evident. I gathered and recorded all the sounds I could on location, and allowed myself to be guided by the people of the area, who I interviewed and then ended up dining with, chatting around the table: it was then that they everyone let themselves go, and many of them started singing old Neapolitan songs. This was all good sound material to add to my story, so we composed a kind of tarantella for one scene of the film, which was merged with the sounds of the ‘real’ world”. Looking at the work of Rosa Barba and the musical performances, it seems that neither can exist without the other now. Who knows if this fusion with music has changed the way she sees her work? “Clearly this festival is part of a process in which one continues to add something, as related to my work. Music inspires me and my artistic progression: it’s a much more anarchic world, where the rules are constantly changing, and it’s full of energy, real fuel for an artist. The musicians I’ve worked with on Summer Whispers influence each other a lot. Actually, first and foremost, this music festival has produced friendship. In all my films, and projects like this one, the basis of my art is always teamwork”.

The mystery of
Kiefer’s Towers