Art and Pirelli: from Armando Testa to the Street Art

Pirelli has worked with more than 200 artists who created works that captured the spirit of the product. This is the Art in Motion

Home life Art and Pirelli: from Armando Testa to the Street Art

The company’s connection with the art world began when it commissioned leading painters to illustrate its new factory buildings. And the tradition has continued to the present day through a string of artists who for the past five years have brought an extra dimension to the company’s annual reports – culminating in contributions to the 2014 edition by a trio of street artists. 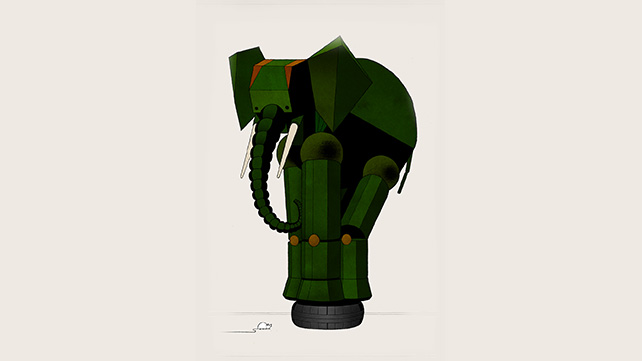 Style and wit
In between there were notable graphic artists – who most famously designed the long “P” of the Pirelli brand name that first featured in advertising back in 1907. From the 1930s on, an extraordinary range of images helped put Pirelli’s product in a new light and position the company at the forefront of the latest design trends.

In the 1950s Armando Testa represented the Pirelli tyre as an elephant’s trunk and a hoop for a lion to jump through, while Ezio Bonini turned the tyres into a chain. In the 1960s Riccardo Manzi pictured the tyre as an umbrella and a woman’s hat.

All of this style and wit helped to bring the strength, flexibility, safety and dynamism of the Pirelli tyre to life, while connecting the Italian company with high art and sleek, brilliant design. These special illustrations got our eyes to focus on the tyre and see the beauty in Pirelli’s product. And they used art as a way of communicating Pirelli’s values and culture as an unconventional and innovative company.

The company’s magazine Rivista Pirelli kept up the link with the art world and included work from world famous journalists and photographers, as well as brilliant graphic designers. A tradition continued by the magazine - renamed World - today.

Annual art works
Recently, Pirelli’s campaigns have had a new ambition. For the past five years the company has released its annual financial report alongside a particular artistic “story”, which seeks to highlight core Pirelli values of technology, innovation and people. These campaigns have harnessed the talents of the world’s leading artists and thinkers - including sculptor Anish Kapoor, writers Umberto Eco, William Least Heat-Moon and Hanif Kureishi – and encouraged them to bring their own perspective on the trends of the modern world.

The new-look annual reports started in 2010 with images produced in particular by students at Naba - the Nuova Accademia di Belle Arti Milano. The following year, Dutch illustrator Stefan Glerum took over and wittily illustrated pieces from four international authors. In 2012 the report took the form of a project to imagine the future, brought to life by the images of New Yorker cartoonist Liza Donnelly. While in 2013 several young creatives joined forces with literary heavyweight Hanif Kureishi for the concept of “Spinning the Wheel”, each of them reinventing the wheel through their own creative discipline.

Through the tyre, we can be in all places

Street connections
For 2014, the focus was on street art. Pirelli Executive Vice Chairman, Marco Tronchetti Provera, suggested this was a natural choice for a company that connects a car to the street. “Street art is an expression of place,” he said. “Through the tyre, we can be in all places.”

Three artists – Marina Zumi from Brazil, Dome from Germany and Alexey Luka from Russia – were commissioned to produce a piece on one side of a large, truncated pyramid. Each artist incorporated the Pirelli tyre in their work alongside themes of modernity and the future.

Zumi portrayed a magical dreamscape in which the tyre was a moon shining upon a fictional world, while Luka created a constructivist scene of shapes including the circle of the tyre. Dome’s work located classical figures in a futuristic setting, the tyre acting as a gesture of love. The work, curated by street art expert Christian Omodeo, was displayed in Pirelli’s vast art space in Milan, HangarBicocca, before the world’s press.

This stunning installation was just the latest expression of Pirelli’s artistic soul and the most recent manifestation of a tradition that has kept the company at the heart of contemporary culture for more than 140 years.