"Because creativity is really a rebirth, a true tone we feel for ourselves and our world. Then our work becomes a real part of who we are. Maybe all this is a question of how deep we are willing to go" 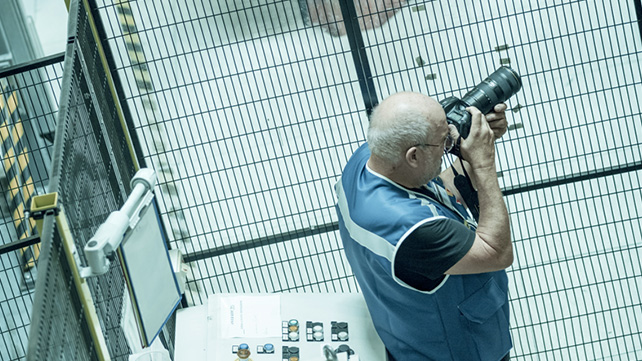 A true master and innovator throughout his career, Peter Lindbergh has produced some of the most iconic photographs in fashion. As a photographer Peter Lindbergh is a synonym of style, black and white portraits and exhibitions all over the world, London, Paris, New York. His last beautiful works were made for the Gagosian Gallery, Paris, where he now lives. There are the black and white images that he shot for Vogue in 1988, for example, of a group of relatively unknown models in white shirts on the beach, including a young Linda Evangelista, Christy Turlington, and Tatjana Patitz. There is the January 1990 cover of British Vogue: a shot of Evangelista, Turlington, and Patitz, along with Naomi Campbell and Cindy Crawford, now considered the birth certificate of the supermodel phenomenon. There are the photographs that he took in the 90s of Claudia Schiffer and Kate Moss, and the more recent ones of Gisele Bündchen and Cara Delevingne. His famous editorials are already a milestone of fashion photography, a must-see for fashion-enthusiasts and not.

And then there are the two Pirelli Calendars, the first in 1996 and the second in 2002, when for the first time actresses were included in the cast. For the 2017 Pirelli Calendar, Peter Lindbergh goes beyond the camera with the idea that “talent is more important
than beauty.” The fashion photographer didn’t use supermodels as subjects, instead he chose big screen celebrities from various nationalities to convey his personal idea of glamour. To do so he recruited 15 actresses – Kate Winslet, Penelope Cruz, Nicole Kidman, Dame Helen Mirren, Uma Thurman, Robin Wright, Lupita Nyong’o, Alicia Vikander, Julianne Moore, Rooney Mara, Jessica Chastain, Charlotte Rampling, Zhang Ziyi, Lea Seydoux – plus Anastasia Ignatova, a professor of political theory in Moscow Lindbergh met last year. However, the Calendar is not the only Pirelli project the photographer worked on this year. While he was scouting locations for the calendar, Lindbergh visited the Settimo Torinese technology hub, the most advanced factory in the Pirelli world. The photographs resulting from the visit were initially supposed to
be part of the Calendar, but because of the beauty and the relevance  of the images, the photographer and Marco Tronchetti Provera, Executive Vice President and CEO, decided to make them into a future exhibition on innovation, which will be held in 2017. The exclusive setting, the great ability to cast poetry upon inanimate objects in motion, make these photos the best example of Lindbergh’s great, kaleidoscopic talent. Here, Peter Lindbergh talks about his visit to the Settimo Torinese technology hub, his new interest in inanimate objects, and the future of fashion photography and art. An in depth exploration of Lindbergh’s vision, his artistic poetic.

Why a technology hub? What are the circumstances that led you to shoot at Settimo Torinese?

The whole thing started when Marco Tronchetti Provera approached me. “Peter, we are a high-tech company,” he told me, “and I want to do something innovative.” His idea was
to introduce some technical aspects in the new Pirelli calendar and I found the idea inspiring. Actually, to be honest, at first I told Marco that his idea was not doable. But then, talking to him, his point of view was so sophisticated and intellectually interesting
that I found myself drawn to the task. He told me what machines mean for him and for the Pirelli history and at that point I found the idea, with all the surrounding implications very, very challenging. The day after, I left in the afternoon with the goal to have a look and see what i would feel. I realized pretty soon that from a production point of view it would have been impossible to bring the actresses into the factory and shoot them there. So, I proposed that I would go to the factory by myself and take pictures of the factory alone – the machines, the robots – and try to establish an emotional connection with them, making them look like people. I wasn’t sure that I would succeed but the result was highly satisfying and it still is. Some of the robots really behaved like humans.

A person’s face is like a mirror of his innermost feelings. For my last book, I photographed my good friend Wim Wenders and his wife Donata: when he saw his wife’s portrait, WIM was surprised that the woman he loves and has known for such a long time could reveal to someone else, a unknown side of herself

What was it like to work in such a hi-tech setting?

I felt I was on some space drugs from a different planet or universe. I never saw robots working in a factory and when I saw the precision of their work, just imaging that something like this is possible, my mind was blown away. Watching the robots at work I
understood what Marco told me before, the reason he has a philosophical interest in the factory and in these machines. I could finally understand his point of view, but also his passion for this wonderful achievement. The fact that the robots are very cinematographic and human-like at the same time is something I could have never imagined. I felt I could touch the robots and feel them. It was an amazing experience.

Could you explain your aesthetic references and what ideal of beauty drives your photography?

I wanted to use the 2017 Calendar to make a statement for a different kind of beauty. The current system promotes only one kind of beauty that is very connected to youth and perfection because it is a system based on consumption, whose idea of beauty doesn’t have anything to do with reality and with women. I think we need to take a step back and realize that this idea of beauty does not help women and on the contrary makes them unhappy. I want to use the Pirelli platform to send another message and the message is that beauty is much more than what we are used to seeing in commercials.

Is tech innovation affecting your work?

No, because I defended myself. Now young photographers don’t even know what it means to use an analog camera. I know film very well and I didn’t ask for digital camera, I was perfectly happy the way it was. Then with time I learned that digital is fantastic in many ways except two. First, the digital image is too sharp and looses softness and emotion. In fact I use Photoshop to reduce the digital effect. Second, the more annoying problem of working with a digital camera is that the process of shooting has become a collaborative effort. I am in front of the subject and whenever I shoot a picture that picture appear on a screen in the other room with ten people around watching and
judging and giving advice. This way of shooting completely ruins the intimacy between the photographer and the subject. What interests me is the relationship, because that is where amazing pictures comes from and shooting digital prevents me from having
this special relationship.

I guess it’s the democratization of photography.

What are your major sources of inspiration?

I have no special compartments with hidden sources of creativity. Everything I see is inspiring and will be used sooner or later to do something. I avoid going to fashion shows, and prefer to use this time during the collections for other things. I often see clothes at the friends ateliers, for example today I’ve spent the day with my friend Azzedine Alaïa. We’ll do a project together and he showed me his new collection and there were amazingly beautiful clothes. I travel because I want to produce my vision, so traveling is something I do when the idea is already there and needs to be put into action. I definitely don’t get inspired from fashion shows; in fact, I rarely attend them,
the last one was fifteen years ago. Someone said a few days ago, in a discussion about fashion photography: the job of fashion photography is to show the clothes. This might be partly right. I would say tchat fashion photography should not be reduced to only documenting clothes and helping the industry to sell them, but should be given the freedom to exist in a much larger context, much larger than fashion itself.

What is the most important aspect of creativity for you?

I think the first question is: where is creativity based? And the second question is: how can you access it? And then: how can you use it? It’s a fascinating topic for me, something I gave a lot of thought to in the past. In the end I think that creativity comes
from your vision of the world, somehow reborn through your experiences. A lot of people have creativity but they don’t know how to access it. I’ve used transcendental meditation for forty years and I know that this has helped me a lot to find out who I am
and to find my way inside.

Creativity... is the basis of self-expression.

Creation is the birth of something, and something cannot come from nothing, When someone creates something: a painting, a poem, a photograph, the creativity comes from an idea, from a feeling, from emotion, or from a combination of ideas, feelings
and emotions that are somehow “reborn”from all our experiences and perspectives. To formulate these expressions, we have to draw from our reservoir of experience, dreams, desires and experimentation and mix together what was, what is, and what could be...
I dont think you can learn it, it is rather something that evolves. Your perception of everything is your life fills up this reservoir. Some people are drawn to create and express themselves, others are drawn to reflect, to analyze. But in the end, they all could be creative if they had the desire to explore the way in which they are integrated in the world of their experiences. Because creativity is really a rebirth, a true tone we feel for ourselves and for our world. Then our work becomes a real part of who we are. Maybe all this is a question of how deep we are willing to go.

The new Pirelli and Prada racing boat has...