The nerazzuri Hall of Fame was born on 2nd December: fans, journalists and the entire Inter world voted for the players who will take a special place in history

A history as long and successful as that of Inter is reflected in the love of its fans, in its importance as a global brand and in a trophy room filled with cups from every era. Successes which belong also to the individual champions who made every victory on the pitch possible. This is why the Hall of Fame was born - where those who have written the story of the nerazzurri will find their rightful place with the aim of taking up, giving value to, and spreading the club’s sporting heritage. The Hall of Fame is the idea of Inter Forever and is presented by Pirelli, whose association with Inter goes back to 1995 and represents one of the longest and most successful partnerships in the history of the major European clubs. The collaboration between the Milan-based company and Inter was made possible thanks to the values which the two brands historically share, and which have contributed to the achievement of the greatest possible goals: 5 championships, 4 Italian Cups, 4 Italian Supercups, a UEFA Champions League, a UEFA Cup and a FIFA Club World Cup. 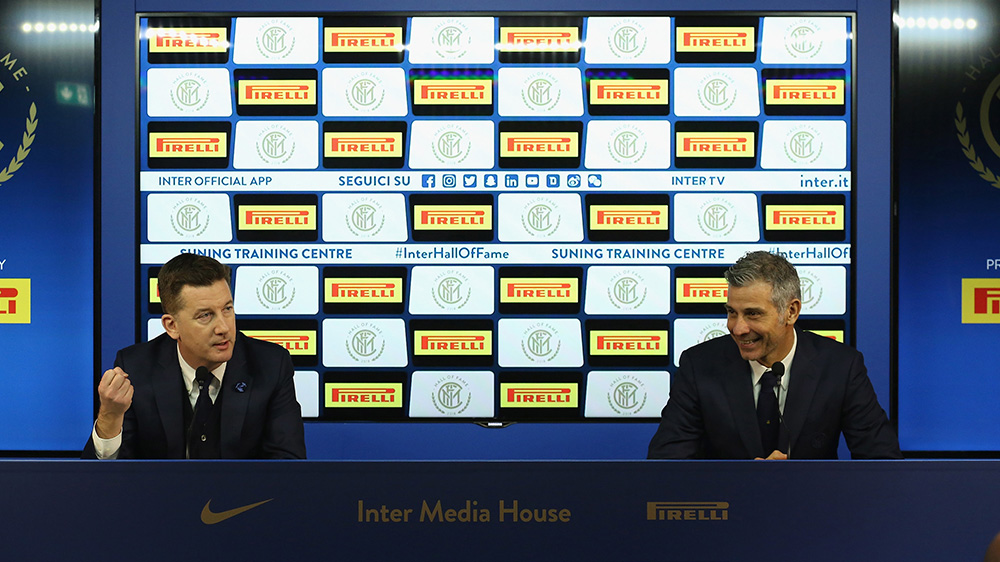 22 years on from the beginning of the partnership, generations of fans have grown up with the long ‘P’ embossed on the shirt of their beloved team and have witnessed unique, unforgettable moments like the arrival in the black and blue colours of Ronaldo. He is one of the most iconic players in the recent history of football, one who has made fans of all ages fall in love with the game through his bursts of speed, dribbling and goals, but also one who took on the starring role in historic, memorable promotional campaigns, always wearing the nerazzuri shirt.

142 the candidates for a place in the Inter Hall of Fame, forwards like Ronaldo and Julio Cruz, midfielders like Patrick Viera and Mario Corso, defenders of the calibre of Javier Zanetti and Beppe Bergomi, and last but not least the goalkeepers, traditionally a source of pride for the club, such as Francesco Toldo, Gianluca Pagliuca and Walter Zenga.

The first 3 candidates for each category (goalkeepers, defenders, midfielders and strikers) were chosen by the fans, journalists, club employees and players from the junior categories all the way up to the first team.

On March 9th during Inter’s 110th birthday celebration, the names of the 4 winners, who will officially enter the 2018 Hall of Fame, will be unveiled.