A calendar on tour

One debate, an exhibition and a series of cultural encounters. The Pirelli Calendar is a living communication project

Home life A calendar on tour

A calendar on tour

A project that didn't finish with its introduction to the public on the 30 November in Paris last year, but instead continually stimulates discussion and debate through the presentation of its images. 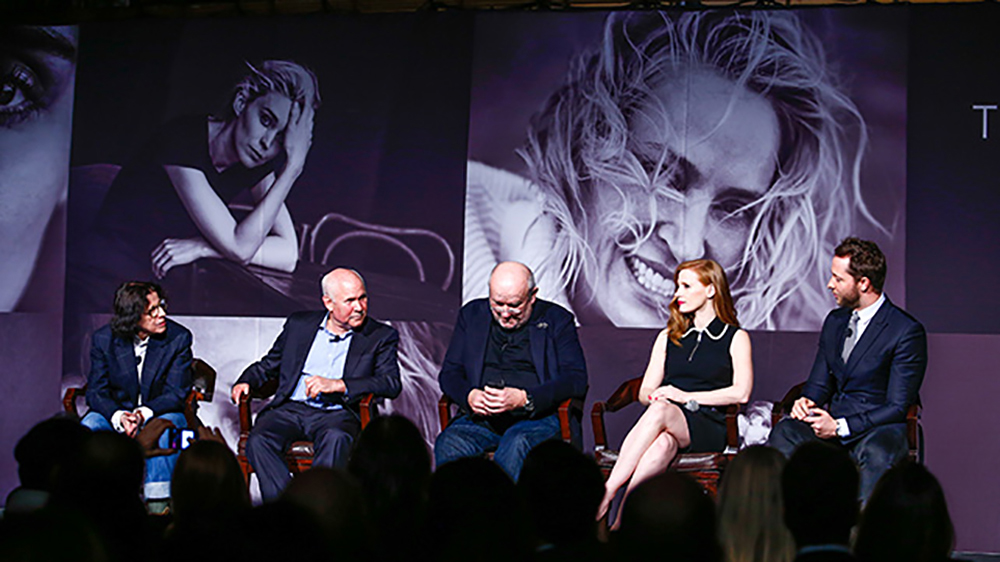 The great journey of The Cal™ has begun, setting off from New York. From the Cipriani Club 55 at Wall Street where, with the journalist Derek Blasberg as moderator, it had a date with great photographers like Peter Lindbergh, the author of three calendars (including the 2017 edition), and Steve McCurry, who shot the 2013 edition, celebrities from international showbiz like Jessica Chastain, who was photographed by Lindbergh for this year's calendar, and top models like the Brazilian Isabeli Fontana, , who has featured in seven Pirelli Calendars, Karolina Kurkova, Candice Huffine and Doutzen Kroes. Then the great Fran Lebowitz, one of the stars of the 2016 edition of The Cal™ by Annie Leibovitz, took part in a panel discussion. The talk focused on one of the main themes dealt with by The Cal™ from its beginnings in 1963 to the current day: beauty in all its various meanings and different shades. How this idea has evolved, developed and presented itself in a variety of forms, and how it has interacted with consumer society, fashion and showbusiness. The most striking words were those of Jessica Chastain, who told the story of when she arrived in Hollyword to begin her career and noticed that she was "Surrounded by blond people. And I was a redhead. I thought for a long time about changing the colour of my hair to be accepted. But I was broke and I was scared of ruining my hair with some dodgy treatment because I couldn't afford anything else. That's one of the reasons that I decided it was better to be proud of being a redhead. But the whole episode made me think about how our society places too much emphasis on the way we look."

The backdrop was formed from photos of the 2017 Pirelli Calendar, adorned with the presence of 14 Hollywood actresses: Jessica Chastain, Penelope Cruz, Nicole Kidman, Rooney Mara, Helen Mirren, Julianne Moore, Lupita Nyong’o, Charlotte Rampling, Lea Seydoux, Uma Thurman, Alicia Vikander, Kate Winslet, Robin Wright and Zhang Ziyi. The journey of ‘The Cal™’ continued on the 16 March with another international event: the Pirelli Calendar made an appearance at the Multimedia Art Museum of Moscow, with the images of Peter Lindbergh from this year's calendar alongside selected photos from earlier editions, tracing a line through the years which reaffirms the collectionist and iconographic aspects of the calendar. The city of Moscow is a good friend of the Pirelli Calendar: not only is the calendar a regular guest at the Biennale of Photography, it was also presented in the Russian capital in 2010 in an event featuring Karl Lagerfield, who shot the 2011 edition.

But the journey doesn't end here. It will move further afield to South America and several countries where Pirelli has a significant industrial history, with The Cal™ taking centre stage at a series of exhibitions and encounters spread across Argentina, Venezuela, Chile and Brazil. The goal is to bring together all people who are followers of beauty, photography and the artistic communication of the Pirelli Calendar, seen as a synthesis of a series of visual messages which both immortalise and anticipate the tendencies of fashion on a global scale.