With its stylish record album-shaped sleeve, the 2022 Pirelli Calendar has the air of a prized piece of collectable vinyl. It’s fitting packaging for the first Pirelli Calendar that not only focuses exclusively on musicians but is also photographed by one: the legendary rocker Bryan Adams.

On the Road, the theme and title of The Cal, was also the brainchild of Adams, who has long pursued photographical work alongside his music. He shot a glittering cast of superstar artists including Cher, Iggy Pop, Jennifer Hudson and Rita Ora to create a dramatic visual journey through a day in the life of a touring musician. The singer-songwriter and guitarist joins previous Pirelli Calendar photographers such as Helmut Newton, Herb Ritts and Annie Leibovitz, but is the first to also feature in its pages. 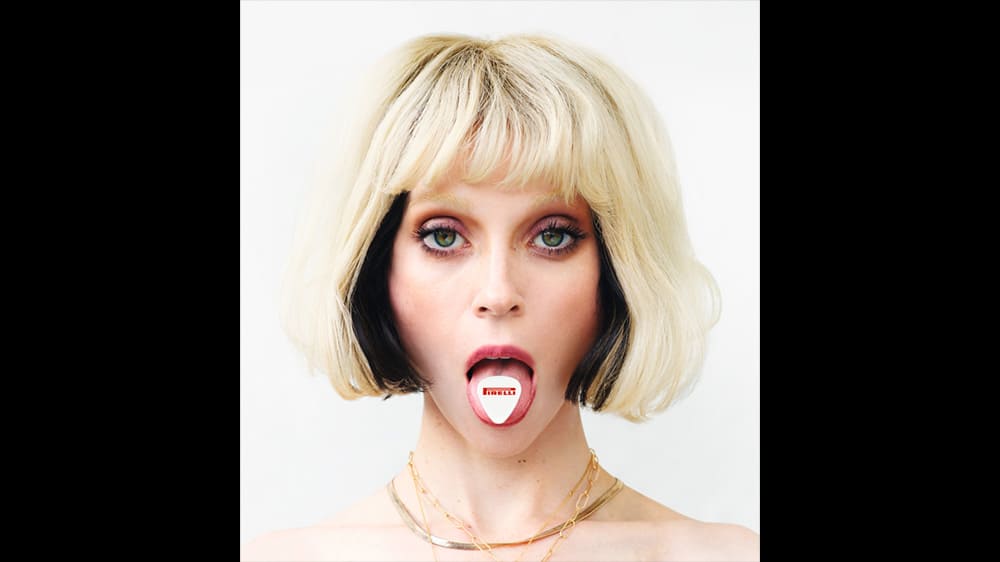 From the outset, Adams sought to capture not only “a sense of the glamour but also a sense of the loneliness that actually happens”, on the road. But even the loneliness portrayed is “dipped in fantasy”, the Canadian Grammy-winner explained, hence the striking, atmospheric and sometimes playful imagery inside the latest issue of The Cal, Pirelli’s 48th.

Two rock stars from across the decades grace The Calendar’s eye-catching covers. On the front is a stunning portrait of St. Vincent, aka Annie Clark, posing with a Pirelli-branded guitar pick on her tongue; Adams says he knew the moment he took the picture that it was going to be the cover. On the back cover is a striking shot of The Stooges frontman Iggy Pop, his torso painted silver, a reference to a famous stage look from the early 1970s.

The Calendar features a dazzling array of images befitting its diverse cast of artists. Each month is tied to a different time slot as we follow the stars through an imaginary day: January kicks off at 07:45 with moody still-life shots and exteriors of Hollywood’s legendary Chateau Marmont hotel, where several of the stars were photographed.

A day in the life of a touring musician

February is titled “10:13, Room 29, Chateau Marmont”, in which St. Vincent gazes contemplatively through the window blinds of the room. March takes place at 10:42 and sees Kali Uchis, the Colombian-American singer-songwriter known for her genre-defying sound, enjoying a “day off at the pool”, reclining on a diving board in a stunning emerald dress, jewellery and heels. April skips to 11:38, where American rapper Saweetie is “checking out of Hotel Scalinatella” on the Italian island of Capri, posing in its lobby and pushing a towering trolley of luggage in a backless silver dress and heels.

In May the day continues with Cher “entering backstage” at 14:43. She strides alongside a mirror in an empty dressing room at the Palace Theatre in downtown Los Angeles, running a lipstick across the glass. American R&B artist Normani is the star of the June pages at 15:28, “resting on the bus before the sound check”, posing in bed and alongside a tour bus. By July it’s 18:25 and Jennifer Hudson is “arriving at the venue” in her limo, before checking out the stage and gazing through the curtains to the empty auditorium, then sitting in her dressing room surrounded by flowers. August sees Iggy Pop backstage one hour before show time. He poses topless, writhes in a green armchair and dances for the camera in the venue’s basement.

In the September pages it is 00:12 and Canadian singer-songwriter and producer Grimes poses in futuristic garb with pink hair amid a bank of giant computers “at her studio”, clad in a dress of metal shards. By October it is 01:42 and Chinese-American rapper Bohan Phoenix is “heading back to the hotel”, posing on the Sunset Strip as traffic flashes by and atop a grand piano in his hotel room.

For the November pages it is “after the show” and 03:02. British singer, songwriter and actress Rita Ora reclines in a bath in a chainmail-style dress then stops traffic as she poses on car seats in the middle of the street. And in the December pages, Adams himself closes the journey at 04:12, on the road to his next gig with his guitar and in a classic car.

With just three shooting days and 10 stars to capture (nine of whom were shot in two days), Adams admits the project was a challenge. “It would be very, very hard to encapsulate everything that goes on ‘on the road’ in a couple of days,” he said.

Adams himself closes the journey at 04:12, on the road to his next gig with his guitar and in a classic car

The significance of touring

Adams, 61, had originally been assigned by Pirelli in 2019 to shoot the 2021 Pirelli Calendar the following year. But due to the Covid 19 pandemic, the project was postponed for a year. That caused him to reflect on his 45 years of performing to fans across the globe and, with everything closed down, really feel the significance of touring. He spent the extra time refining the concept of On the Road and developing the ideas with the shoot’s creative director Dirk Rudolph, a German graphic designer he has collaborated with since 1996.

“I was counting and we did something like 25 sets in two days – that’s quite quick!” said Rudolph after the Los Angeles leg of the shoot wrapped. Ideas for pictures would change on the way to the location or between shots, he explained. “So sometimes it was a very spontaneous process, developing ideas, improvising ideas. If you do that, you let it happen and, at some point, you look in the screen and see a picture and say ‘That’s really good. Well done, we’re finished with that. Next one.’”

The Calendar also contains a series of still-life images that bolster the atmosphere and sense of place, as well as long-exposure photographs designed to communicate a sense of movement – such as the tail-lights of cars on the Sunset Strip, and the lights in Grimes’ studio.

For Adams, the connection between music and the artistic world has always been a vital one, and the project goes some way to bringing the two together. “With all these pictures, fantasy plays a big part in trying to create something,” he said. “Because you don’t want it to be literal, you want it to be glamorous, yet it gives the impression of what it might be like.”

On the Road (and behind the lens)... with Bryan Adams

Pirelli Calendar 2022 is focusing on music