Peter Lindbergh lays bare the souls of a celebrity Hollywood cast - from Uma Thurman to Penelope Cruz, Nicole Kidman and Charlotte Rampling - in his "Emotional" titled-calendar

The 2017 calendar “conveys personality, sensitivity and the guts to be yourself”, Peter Lindbergh explained at the international press launch of the new calendar in Paris. The German photographer has called the creation "Emotional", emphasizing how his aim was "not shoot a calendar about perfect bodies but to capture sensitivity and emotion, laying bare the souls of the women in the images, rendering them more naked that a nude." 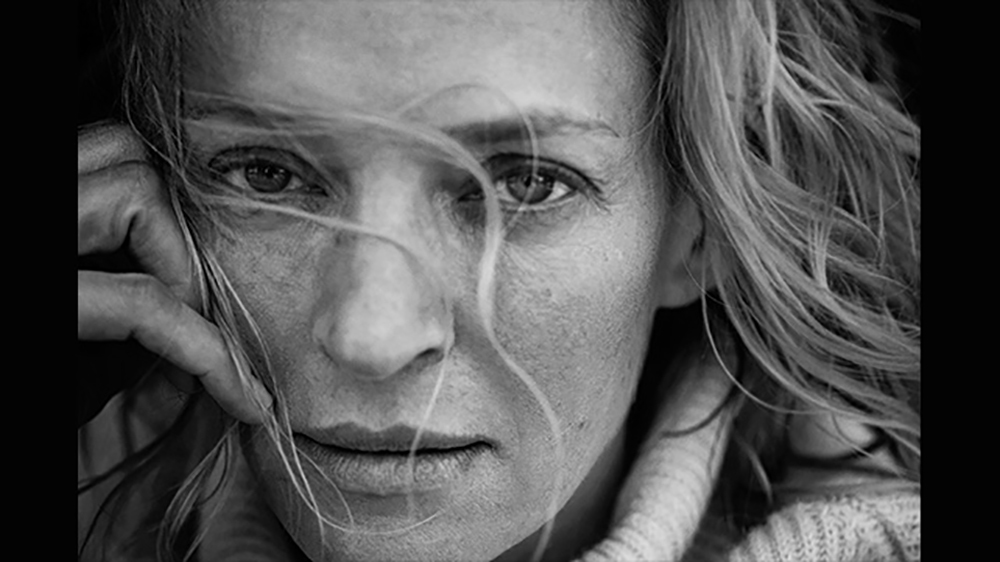 The 44th edition of Pirelli's legendary creation is further testament to Lindbergh's love of the big screen, which he celebrates with his star-studded 2017 Pirelli Calendar cast: Jessica Chastain, Penelope Cruz, Nicole Kidman, Rooney Mara, Helen Mirren, Julianne Moore, Lupita Nyong'o, Charlotte Rampling, Lea Seydoux, Uma Thurman, Alicia Vikander, Kate Winslet, Robin Wright, and Zhang Ziyi. The line-up also features Anastasia Ignatova, a Political Theory professor at Moscow State University, as special guest.
In shots from the behind-the-scenes video, traditionally used to reveal the hidden workings of the Pirelli Calendar, the actresses themselves explain what it felt like to be behind Lindbergh's lens. Uma Thurman, for example, said if felt "like an interview, but with a camera" while for Penelope Cruz it was "almost like seeing into your soul."
"I wanted to show women in a different way: I did this by asking actresses who have always played an important role in my life and to try and get as close to them as possible through my photos.  As an artist, I feel I have a responsibility to free women from the idea of eternal youth and perfection. Society's ideal of perfection is impossible to achieve”, Lindbergh explained. As the photographer behind the 2017 Pirelli Calendar, Lindbergh is the first in the industry to have shot three editions of The Cal™. His first partnership was in 1996 when he set the shots in the El Mirage desert in California; this was followed by the 2002 edition, when the images were taken in Paramount Pictures studios, Los Angeles.  Lindbergh also worked with Patrick Demarchielier to shoot Pirelli's 50th anniversary calendar in 2014.

For the 2017 edition, the shots were taken between May and June in five locations: Berlin, Los Angeles, New York, London and the French beach of Le Touquet. This produced a calendar featuring forty images, both portrait and ambient shots, taken in the studio or outside on location around the city, from the street scenes, fast food joints and run-down hotels of downtown Los Angeles to Time Square in New York, the Sophiensaele theatre in Berlin, the roofs of New York and London studios, and on the beach in Le Touquet, France.

The Pirelli 2017 Calendar is about to be go live .. get a sneak peak in this fascinating behind-the-scenes video.