For the first time in its history, the Pirelli Calendar is focusing solely on music with a series of dramatic portraits of some of the biggest names in rock and pop taken by creative powerhouse Bryan Adams

Home life Musicians top the bill for the 2022 Pirelli Calendar

Cher, Iggy Pop, Jennifer Hudson and Rita Ora are among the artists featured in On the Road, a study of the life of the touring musician and the theme of the 2022 Calendar, Pirelli’s 48th.

The concept is the brainchild of this year’s photographer, Bryan Adams, who has long combined his multi-decade career as a performer with a second career in photography.

The theme was an obvious choice for the Canadian guitarist and singer-songwriter “because ‘on the road’ is what I’ve been doing for the last 45 years,” Adams said after the star-studded, two-day shoot wrapped in Los Angeles. “Touring has been my life, really.” 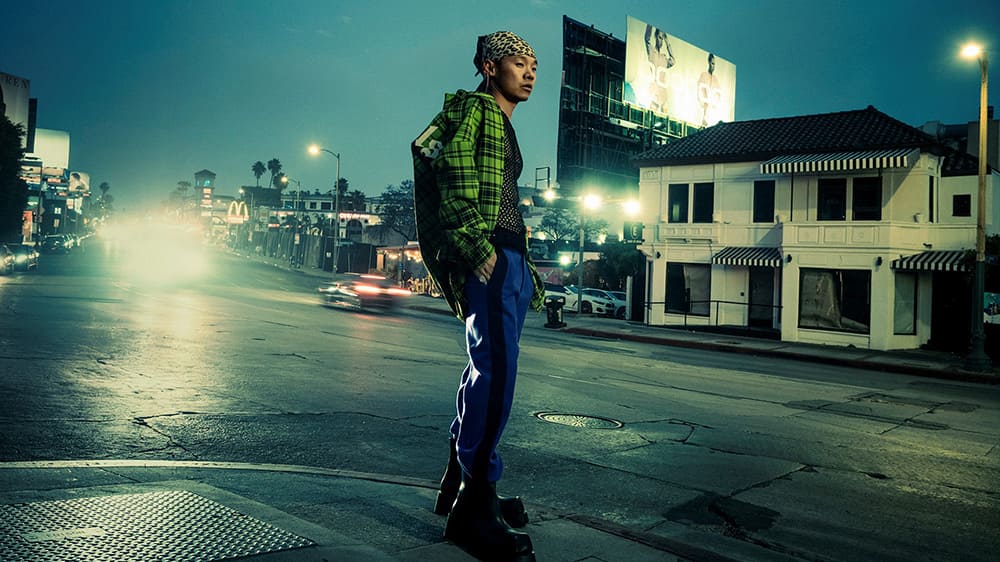 Although music icons have featured in previous Pirelli Calendars – among them Bono, Jennifer Lopez, Sean “Diddy” Combs, Yoko Ono and Patti Smith – this marks the first time music has provided the unifying theme.

Although music icons have featured in previous Pirelli Calendars, this marks the first time music has provided the unifying theme

In approaching his concept, Adams sought to capture not only the drama and glamour of touring but also the loneliness and tedium, although “dipped in fantasy”, he explained

“It would be very, very hard to encapsulate everything that goes on ‘on the road’ in a couple of days. So what I tried to do was to represent some of the aspects of it,” said Adams, who has previously photographed such high-profile subjects as Sir Mick Jagger, John Boyega, Naomi Campbell, and even the Queen, whom he shot for her Golden Jubilee.

“One of the things about photographs is that you don’t want things to be normal, you want an image to be something memorable and so in creating these images, you try and create things that work with the concept of being on the road but you also want to create fantasy.

“You’d need a book of each person to be able to tell the full story, but it’s a glimpse – and it’s an interesting glimpse – of each artist.”

You’d need a book of each person to be able to tell the full story, but it’s a glimpse – and it’s an interesting glimpse – of each artist

Life on the road

Adams, 61, developed the ideas for the atmospheric, powerful images with the shoot’s creative director Dirk Rudolph, a German graphic designer he has collaborated with since 1996.

The cast and their photographer certainly had plenty of experience to draw upon; add up the combined time spent on the road by the ten artists featured, as well as Adams, and the total probably nears 250 years.

“For me personally it was really delightful to be able to work with other musicians and get a chance to take a peek into their world and see how they put it together – because it’s changed so much, and image has become such an incredibly important part of what happens now with music,” Adams said.

Adams has also worked on a series of still-life shots that will accompany the portraits to flesh out the On the Road story.

Return of The Cal

The 2022 Calendar marks the return of the iconic publication, which was suspended last year due to the Covid-19 pandemic. The Cal, which was originally launched in 1964, was previously put on hold in 1967, then again from 1975 to 1983 for austerity reasons.

Since its inception, some of the world’s leading photographers have been recruited to shoot The Cal. Adams, the first Canadian to take on the task, joins such legendary artists as Norman Parkinson, Terence Donovan, Helmut Newton, Herb Ritts, Richard Avedon, Annie Leibovitz, Bruce Weber and Paolo Roversi – who shot the previous Calendar in 2020.

Adams, whose portraits have featured in Vogue, Vanity Fair and GQ, has also released a number of books of his work, including American Women (2005), Exposed (2012), Wounded: The Legacy of War, a project on injured British war veterans (2013), and Homeless, released in 2019. As a Grammy-winning recording artist he has achieved number one status in over 40 countries and will release his 15th album this year.